← You Are Never Too Old To Develop An App. Just Ask The FamApp Creators.
GTG Live Blog Of The Apple iPhone Event Scheduled For September 10th At 1:00 Eastern → 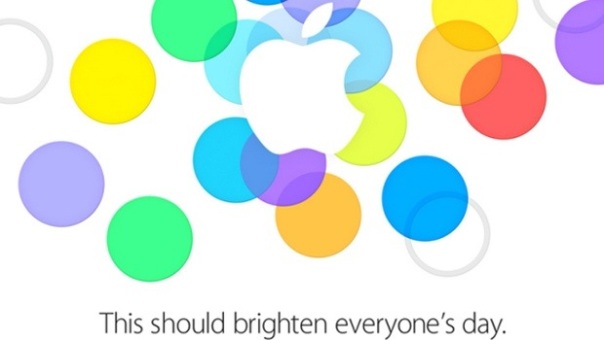 So much is resting on the success of Apple’s Press Conference on Tuesday, September 10th. So. Much.

As astutely demonstrated in this CNN article, Apple’s iPhone has taken a bit of a tumble from grace due to Samsung’s stronghold in the Smartphone Market.

Here is an excerpt from the CNN article:

“But as phones running Google’s Android operating system, particularly Samsung’s, have gained in popularity, iPhone owners have increasingly found themselves looking around and wondering, “Why can’t my phone do that?”

Many Android phones have bigger screens than the iPhone. Some are water-resistant and can even snap photos underwater. Android apps can update automatically. Users can control Motorola’s new Moto X phone with their voice, without touching it. And that’s just the beginning.

Add to that the fact that many in the tech world saw the iPhone 4S and iPhone 5 as incremental advances, not the seismic leaps forward we’d come to expect from Apple, and you’ve got the more pressure on the company to ramp up the “wow!” factor.”

It really is quite perplexing isn’t it? It’s almost as if there has been a major shift in Apple’s chain of command.

And, indeed, this is what has happened. With the untimely demise of Apple Co-Founder, CEO and visionary, Steve Jobs, I truly believe that the company has remained rudderless for some time. They are beginning to realize that one cannot duplicate genius at the drop of the hat.

And, although Steve made certain that the company was firmly solidified with the proper personnel once he resigned, he forgot one important missing element – HIM.

So, on Tuesday, September 10th, all scrutinizing eyes and ears will be on Tim Cook and Co. as they present two new iPhone models (one expensive and one less so), an upgraded Apple TV unit and what? That’s it? Oh yes, the iOS 7 upgrade and, perhaps, a fingerprint sensor in the high end iPhone.

Which, for me, is fine. I mean, really, what else can we expect? Technology has proceeded at such a frantic pace that we need a bit of a breather just to absorb it all.

I am excited for the new iOS 7 platform and especially excited for the fingerprint sensor. And if I never have to use the HOME button again, it will be huge cause for celebration around here. That button is one glitchy, annoying hot mess. It’s time to bury it.

So, here’s to tomorrow and all that it brings. It all begins at 10:00 AM Pacific.

I will add another topic tomorrow and live blog the event right here. Now can someone please tell me what the S stands for in the proposed iPhone 5S? Perhaps, as a family member suggested, it merely means $!

← You Are Never Too Old To Develop An App. Just Ask The FamApp Creators.
GTG Live Blog Of The Apple iPhone Event Scheduled For September 10th At 1:00 Eastern →