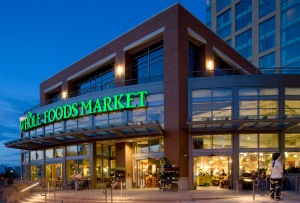 In a developing story just posted by CNN Money, retail giant Amazon has snagged a deal to purchase Whole Foods for $13.7 billion.

Wow. That’s a lot of moola. I knew it was expensive to eat healthy these days but this still is a substantial monetary deal for Whole Foods.

Now you can browse Amazon and eat healthy food as well. No excuses now for junk food when the real stuff is sitting in front of your nose, ready to be accessed with a click of your finger.  And, if you’re an Amazon Prime member, you can have your groceries in a day or two.

So, does this mean that the existing brick and mortar stores are closing or is this a deal to boost its online presence?

Shopping Online For The Holiday Season: The 2014 GTG Edition 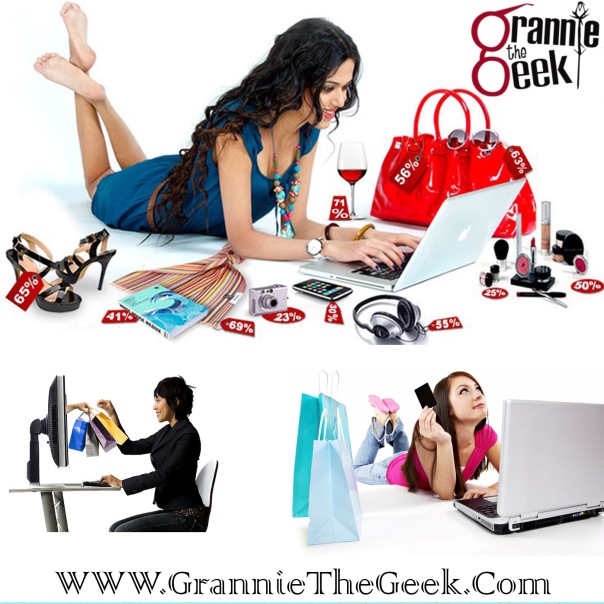 ‘Tis the season for pretty much everything. Partying, Eating, Celebrating and best of all Shopping!

The first three events are cause for celebration and good will.

But the shopping thing? Mmmm not so much at times.

We love to shop for ourselves – that’s a given. But what about everyone else on your list? And where can you get the best bang for your buck?

END_OF_DOCUMENT_TOKEN_TO_BE_REPLACED

Well, it’s about time Amazon came to its senses.

Since the iPad Mini made it’s debut on October 23rd, the media has been having a field day discussing the pros and cons of this tiny new device gleaned from the offices at Apple Inc.

And the competition tablet makers have done so as well.

Amazon, in an attempt to diss the iPad Mini, decided to resurrect a comparison chart on its home page, pointing out the strengths of its competing Kindle Fire HD while highlighting the weaknesses of the iPad Mini.

Now, thanks to a tip from iDownloadBlog.Com, it looks like Amazon was forced to or shamed into (pick one at your discretion) removing the ad from its homepage.

Truth be told, I really wondered why Amazon went this route. I found it to be very shoddy and, as iDownloadBlog.Com pointed out, sprinkled with half-truths and outright lies.

Perhaps Amazon needs to remember that – yes – on the iPad Mini we can download books from their site via Apple’s iOS Kindle App – but -not vice versa.

And perhaps they should also remember that Apple, in comparing the iPad to other tablets during their iPad Mini event, made no reference to Amazon, only Android. They didn’t drag the Kindle through the mud like Amazon did to them with this ad and quite shamelessly at that.

Honestly, you can’t win. Just when I was starting to appreciate and applaud Jeff Bezos for staying true to his vision and not attempting to ride on the coattails of Apple, he pulls this shoddy trick out of his hat.

Didn’t he say he did not want to compete with Apple when interviewed about the positive media reviews for the Kindle Fire HD?

Well, I guess he changed his mind but not for long. I suspect that Apple threatened to pull the Kindle App off the iOS App Store. It’s pure speculation but there you have it.

Sounds to me like those Kindle Fire HDs are not doing so well. And how can they? They are still not available in Canada so exactly how are people from other parts of the world supposed to buy this device of they wanted to?

Either you want to sell this gadget worldwide or not? We can’t just twitch our noses like Samantha from “Bewitched” and get one.

Theory: iPad Mini Could Be Priced At $199 And Here’s Why

I was beating my head all weekend trying to figure out how Apple could sell its much anticipated new iPad Mini for a competitive price without compromising the higher end price of the new iPod Touch line.

Well. as in all things, the solution is simple. Ridiculously simple actually.

Similar to the strong ties Amazon has achieved between their Kindle line and Amazon products, the iPad Mini will be used to purchase Movies, Music, newly-defined Apps and Games only through ITunes.

Additionally, books will be available via only via iBooks and Podcasts via the Podcast App.

And there you have it in a nutshell. Yes, you will see the popular apps like Facebook and Twitter; after all, they have established a strong partnership with Apple.

But, at the end of the day, this iPad Mini will be an aggressive move to push all of Apple’s products, like iBooks, to the forefront.

The iPad Mini, at a lower cost than its full-sized parent, will be the vehicle to drive sales of media, music, books and apps through the roof.

What do you think? Does this theory sit well with you? Please share your comments.

With the release of it’s new Kindle products this afternoon, Amazon proved why it has been such a strong and steady force in the technological realm.

And, it makes us wonder what Apple has in store for us on September 12th. Will it out-Amazon Amazon, especially with consumer-friendly prices?