← WWDC Coverage Via Mashable.Com. What Just Happened?
It’s Going To Be A Long, Tedious Road To October’s New iPhone Launch →

With iOS 6 And More – The New IPhone Is Going To Be Phenomenal! 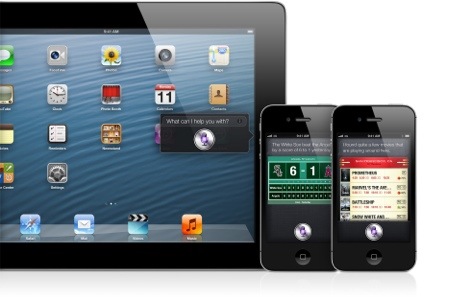 The announcement of the iOS 6 upgrade at 2012 WWDC had all the markings of Steve Jobs’ enormous influence. The sad news: he wasn’t here to live and breathe the ongoing phenomenal product releases that he so impeccably envisioned.

Thankfully, he nurtured a remarkably gifted Apple team with the noticeably improved charismatic presence of Tim Cook at the helm.

On Monday, June 11th, 2012, Tim Cook and his team of engineering magicians walked us through the jaw-dropping breakthroughs at Apple.

All this and Apple has yet to mention the upcoming new IPhone release this Fall. But, with yesterday’s breakthrough announcements, one can only imagine how powerful this new IPhone is destined to be.

This Phone will obviously come shipped and ready to impress via iOS 6 installation. But, what else can we expect? What else?

What else indeed! Expect a revolutionary new camera that will put an end to the point-and-shoot cameras once and for all. We know that the late Steve Jobs wanted to revolutionize the Photo Industry and, according to all reports, this new IPhone was the last project he worked on before his untimely death.

And if you think the IPhone 4S had record sales, just you wait Henry Higgins, just you wait! This Phone is going to shatter all previous sales records and become the best-selling product of all-time.

So, connect the dots – this camera is going to be awesome. And, with the evolution and continued refinement of the Photo Apps, why in heavens name would one want to buy a $2000 camera?

I designed stellar Apple photo books and calendars for my grandchildren comprised of IPhone pictures only and the photos were remarkable. Granted, some were clearer than others, but that was my fault rather than the fault of the camera itself.

If you want to see a cool voodoo concept for the new iPhone, check out this video below. It will make you drool like a teething baby. It may not happen in Fall 2012, but it is not far into the future. Not by a long-shot.

← WWDC Coverage Via Mashable.Com. What Just Happened?
It’s Going To Be A Long, Tedious Road To October’s New iPhone Launch →