An IPad In The Right Hands Can Save Your Life 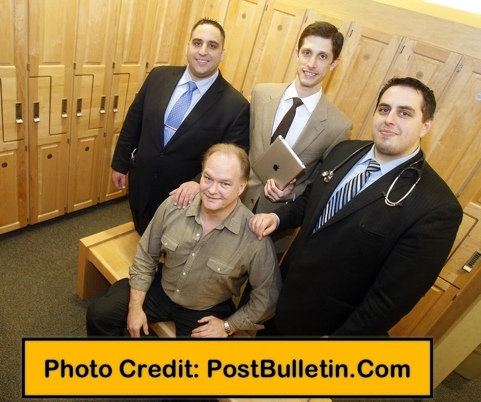 This is why you should always carry your IPad with you. It is literally becoming a way of life.

According to this article from Tuaw.Com, quick thinking Mayo Clinic doctors used an IPad on the spot to assess a patient’s cardiac event.

Here is what Tuaw.Com had to say:

As reported in the Post-Bulletin newspaper, 48-year-old Andy McMonigle was working out with his cycling club at the clinic’s Dan Abraham Healthy Living Center when he began to feel intense pressure in his arm. McMonigle has a history of heart trouble, so he immediately went to the locker room and asked a man for help. That man was Mayo Clinic internal medicine resident Dr. Daniel Leuders, who stayed by the side of McMonigle and yelled loudly for assistance.

Two other Mayo residents (brothers Daniel and Christopher DeSimone) were literally just around the corner, so when they arrived Leuders reached into his backpack and pulled out his iPad. Within seconds, Leuders was connected to the Mayo’s electronic medical record system, where he was able to pull up McMonigle’s medical history.

The history showed that McMonigle had a heart stent installed after a previous heart attack four years ago, which made the physicians suspect that he was suffering from a blockage in the stent. When an ambulance crew arrived, Leuders and the other physicians held the iPad record of McMonigle’s previous EKG alongside the strip chart that was being printed in real time. What they saw further confirmed their suspicions about the blockage.

The physicians made a choice based on the EKG records that probably saved McMonigle’s life. Rather than wait upwards of three hours to run a blood test to verify the clotting, the doctors rushed McMonigle to the cardiac catheterization lab where a team (alerted by activating an emergency code) was waiting. They removed the clot from his artery, which was about 90 percent blocked.

Within three days, McMonigle was released from the hospital and after four more days, he was working out again at the Healthy Living Center.

This is an amazing story. It truly accentuates the fact that owning and carrying an IPad on a daily basis will become a way of life for all. It’s only a matter of time and vision.