← The Apple Challenge: Is The Apple Store Beyond Nice?
The Search For The Perfect External Drive For My IMac → 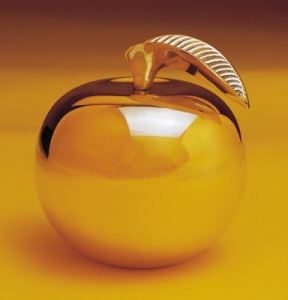 Where am I? What year is this? What planet am I on? Or more important, how did Apple surpass the richest country in the world in terms of wealthy profit margins?

According to the U.S. Treasury’s own daily statement, Apple has more cash and marketable securities on hand than the federal government does.

At the end of June, the IPad and Mac maker had $76.2 billion on hand, while the government currently has $73.8 billion in operating cash balance.

Now, we all knew that Apple was riding high in the financial sky, but this information is simply mind-boggling, don’t you think?

Of course, unlike the U.S. government, the head honcho aka Steve Jobs, has been a permanent fixture with Apple for years. He never had to spend money on a costly re-election every term. His work made him an invaluable fixture with Apple, his creativity and vision totally unsurpassable.

Currently President Obama is trying to clean up the massive train wreck known as the Bush government.

Here is a hint as to Apple’s success: “Business Insider’s pithy addition to the disturbing statistic, meant to highlight the ongoing debt-ceiling crisis, explains that Apple has more money on hand because it “collects more than it spends, while the U.S. government does not.” Of course, this ignores the reality that governments are not encouraged to hoard capital, and that companies are generally not allowed to operate at a deficit for prolonged periods.”

Well, it is one thing not to hoard capital but another to just throw it away on excessive projects that threaten the livelihood of the country. It’s called “long-range planning” and successful companies learn this lesson “out of the gate”.

← The Apple Challenge: Is The Apple Store Beyond Nice?
The Search For The Perfect External Drive For My IMac →